In an parallel Universe, Arsenal wins the league, FA Cup and Champions League. However, as the photo shows, the alternate Universe has opposite chirality.

The photo comes from this article:

Arsenal 'must triumph in Europe'. 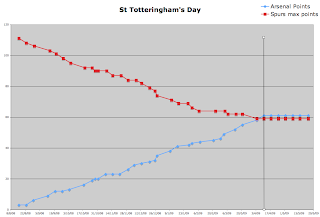 I was at a loose end so I decided to reread some of my blog archives. Apart from discovering that I can't actually write, I found this snippet in one of the comments from my reader (or "brother" is the more correct technical term).

This is a bizarre coincidence since it was one of the favourite ditties of my friend, Andy Wolage.

This web site is for all those people who get really annoyed at other people asking them questions that could easily be answered with a simple Google. For instance: http://lmgtfy.com/?q=jeremyp