I once went to the Science Museum in London and they had a Ferrari F40 on display. Up close it was the most awesome car I had ever seen. Most people, including me, would count themselves lucky to see one in their entire life. 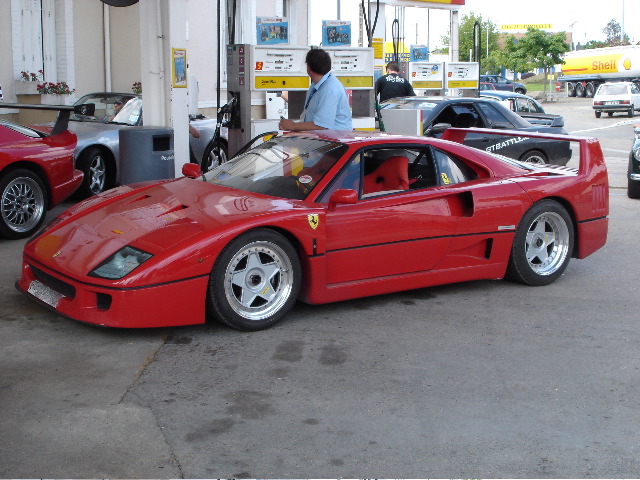 Well, the picture is of another F40 - the one I drove to the race at Le Mans this year. The full photo album is here.

You'll probably be able to find many pictures of this F40 on the web in the near future because everywhere we went in the vicinity of the race track there were people photographing the car. Some were even stepping into the road in front of us to get better shots.