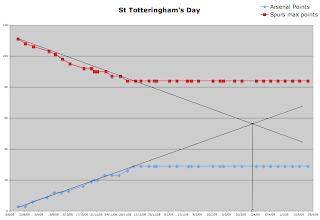 It's a while since I've posted a blog and, as my brother recently posted a new blog of his own, I need to post something to show that I'm more active in the blogging community than he is.

So here is the latest on Saint Totteringham's day. Sadly, it has moved into April thanks to some poor performances by Arsenal and some good ones by Spurs. With any luck things will improve now that Arsenal no longer have to worry about four competitions and that Harry's honeymoon period is over. 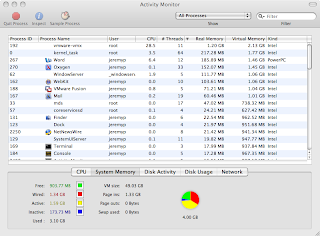 I'm doing a lot of work with Adobe LiveCycle at the moment. If you want to run it, you need 2 gigabytes of RAM which I have on my laptop, but then I can't do anything else. Specifically, I'd have to run Windows natively rather than as a VMWare image.

The picture shows the RAM usage after a day's work with it. The important part of the picture is the bit that says zero page outs. This means that I never got to the point of using all the RAM. 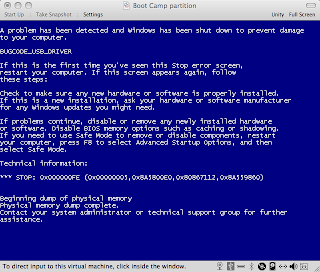 Today, things didn't go quite so well. My VMWare image blue screened. It's the first time I've ever seen Windows XP do that. I took a screen shot to preserve it for posterity.