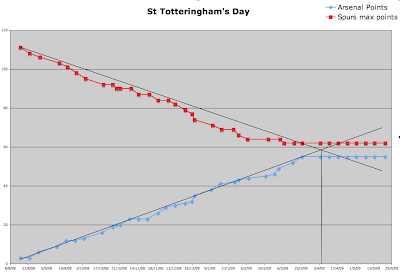 St Totteringham's Day will be on 11th April as long as Arsenal pick up two more points than Spurs in the next two games. 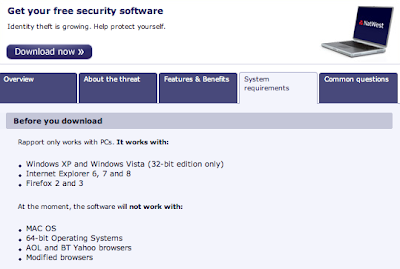 The image to the right is a screen capture from an advertisement on the Nat West Banking web site. Notice how creative types always use a picture of an Apple Macintosh when they need an image of a laptop. For the record, the computer in the picture is a Titanium Powerbook, a laptop that Apple haven't made for about six years.

The Titanium Powerbook had a PowerPC G4 processor in it which meant that it was more or less incapable of running Microsoft Windows. So why (oh why) did the creatives use it to advertise software which will not run on Mac OSX?

How green is wind power? Well a British Gas have inadvertently let slip some embarrassing facts about wind turbines. It turns out that they don't work at all and the blades are actually driven by electric motors driven from the National Grid. Proof? Watch this advertisement and note who has the cable with the plug on it and who has the socket.